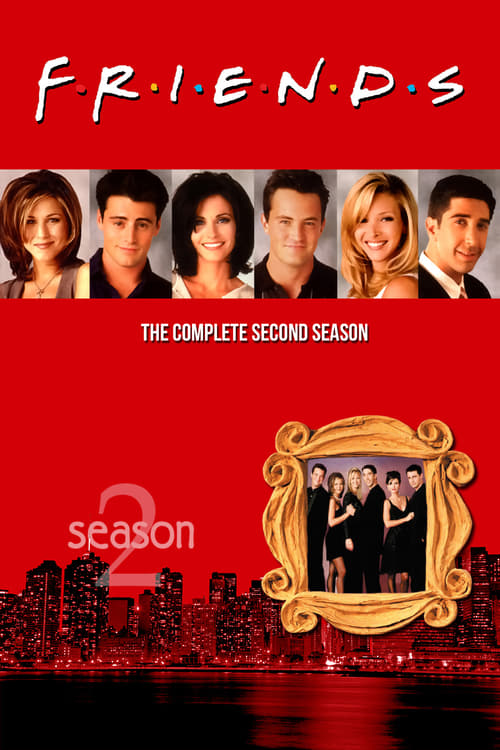 Season 2 summary
This season features more serialized storylines; it begins when Rachel discovers that Ross is dating Julie, a girl he knew from grad school. Julie returns for several episodes early in the season. Rachel’s attempts to tell Ross she likes him mirror his own failed attempts in the first season, but she accidentally lets it slip out in a drunken phone message. When Ross finds out, he dumps Julie so he can pursue a relationship with Rachel. But Rachel becomes furious with him when she finds out that he made a list of her bad qualities, comparing her to Julie, and she breaks up with him. Eventually, a prom video reveals that Ross intended to take Rachel to the prom when her prom date was late. Rachel forgives Ross, and they begin a relationship that lasts into the following season.

Joey, who struggled to crack into acting in the first season, gets a part in a fictional version of the soap opera Days of Our Lives. He loses the part soon, as he angers the writers by saying in an interview that he writes many of his own lines, and his character is subsequently killed off.

Tom Selleck begins a recurring guest role as Dr. Richard Burke. Richard, a friend of Monica and Ross’ parents who is recently divorced and with grown children, is 21 years older than Monica. Despite their age difference, they date for the second half of the season. In the season finale, they end the relationship when they realize that he does not want any more children and she does. Monica falls in love with him.

The second season also served to deepen Chandler and Joey’s friendship. This becomes especially apparent in the episodes in which Joey temporarily moves out and a creepy guy named Eddie Menuek moves in. Chandler is disappointed when he learns that his roommate does not share his interests, such as sports and Baywatch. He is pushed over the edge by the fact that Eddie seems to have some mental issues. Chandler eventually allows Joey to move back in, pretending that Eddie never lived there. Another surprise comes when Chandler falls in love with a woman over the Internet, who turns out to be Janice. Despite the fact that their relationship had failed in the past, they decide to get back together.