Joey and the Spying

As Eric moves out of their apartment and into one across the courtyard, Alex plants herself up in Joey’s room with a pair of binoculars as Eric invites another woman over. After Alex goes to bed, Joey sees Eric kissing the other woman. Meanwhile, Joey’s got problems of his own: even though he and Sara are allowed to see other people, he’s not because he’s too crazy about Sara. Trying to make her jealous, Joey discovers that she likes him as much as he likes her, and they decide not to see other people. 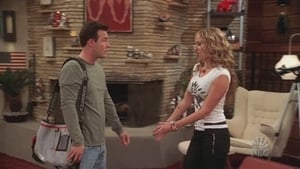